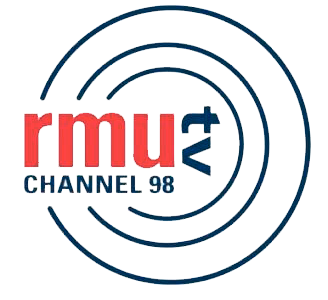 RMU-TV is an award-winning student-run television station that provides students the unique opportunity to develop television shows, commercials, and special event coverage for screens big and - from initial concept to broadcast and livestream. You can find RMU-TV on YouTube and RMU Sentry Media as well as Comcast cable channels 16 and 98 on campus and in the surrounding community.