First in her family to earn a diploma — and a Ph.D — Kim is now a state official helping others do the same.

Success in college depends on a few things, Kim McCurdy D’18 believes. A student needs self-efficacy, or the determination to persist, she says, plus individual attention and support from a professor or mentor.

That has been Kim’s experience, not only personally as the first one in her family to go to college, but also in her Ph.D. research in the RMU Instructional Management and Leadership program, and ultimately in her career. After working at a number of college financial aid offices, as well as the state agency concerned with financial assistance, Kim was recently named bureau director for postsecondary and adult education at the Pennsylvania Department of Education.

“When you work at an institution — I worked at several throughout Pennsylvania — you are working directly with students, implementing policies,” says Kim, comparing that to her new oversight role. “My position now is the 10,000-foot policy view. In this position, I have the opportunity to influence things that you can’t when you work in just one institution.”

Kim also worked for ten years at the Pennsylvania Higher Education Assistance Agency, and contributed a chapter to the 2018 RMU book, “The College Affordability Academy: A Blueprint for Counseling Families.” She did a lot of writing that year, including her doctoral thesis, which focused on success factors for first-generation college students.

Growing up in Homer City as the daughter of a coal miner, Kim says her first impetus for higher education came from visits with her childhood friend, whose mother was a banking executive and father was a teacher, both with college degrees. At IUP, where Kim had a student job in the financial aid office, she found a mentor in her boss, who took her under her wing, gave her responsibilities, helped her prepare a resume, and supported her in a crisis. She is still close with her mentor and recently reconnected with her long-time friend — they’re both neighbors in Camp Hill, Pa.

Kim moved to Harrisburg in early 2020 to serve as the executive assistant to the deputy secretary and commissioner of postsecondary and higher education at the PDE. After a decade of working from a home office with PHEAA, she was eager to be in an office with coworkers. “I organized my office, they put a plaque with my name on my door, and then we found out we had to work at home due to Covid-19,” she said.

Office life is slowly returning for Kim, as it is for many, though the pandemic has caused many changes. Meanwhile, she has been exploring Harrisburg with her partner, Mike Vidovich ’96. Not just new restaurants and other attractions in the state capital, but underground too; Mike runs a metal detector business, West Shore Hobbies, and the two enjoy searching for buried treasure. Her favorite find so far? Vintage ID tags for coal miners near the place where she grew up. 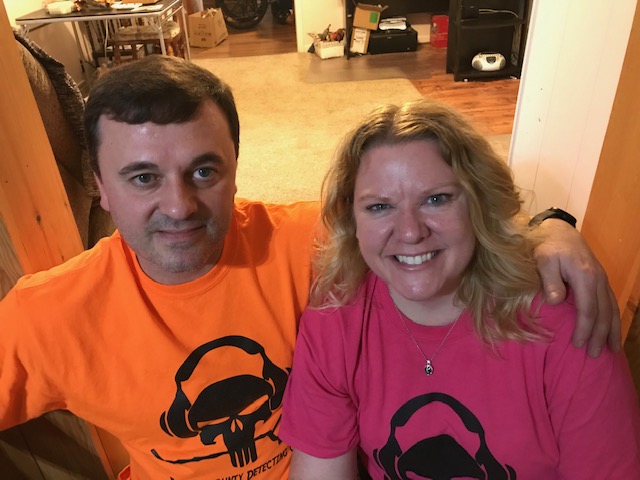